Welcome to Olivia's travels! I made this journal to document my adventures in Asia during summer 2014 and I have decided to include some of my other adventures from Paris, San Francisco and Spain that were previously exclusive to my main journal

I would love to travel around Europe and my ultimate destination that I hope I get the chance to visit in the future is Japan. My current countries I've visitied list includes: Cyprus, Egypt, France, Germany, Malaysia, Singapore, Spain and the United States!

So I arrived back from Malaysia yesterday and I'm currently staying in Norfolk for a couple of days with a friend before I head back up to Yorkshire. The flight back was about 13 hours, and as a lot of you may have heard a Malaysia Airlines plane (the same airline that we flew with) crashed near the Ukraine-Russian border. Firstly I'd like to make clear that Malaysia Airlines is not a bad airline, they are just incredibly unfortunate to have lost two planes within the span of 4 months. Me and Charmaine were sat near one of the emergency exits because we requested extra leg room (which we most definitely got!!) and we were worried about the flight back home (our flight had been diverted as the route went over the crash site which consequently made the flight longer) the air stewards were so kind and friendly, always checking that were okay so I have a great deal of respect considering some of them might have lost friends on MH17.

Anyway, I'll be writing up a proper entry that will be an entire overview (including pictures) of our adventures in Malaysia and Singapore!

So on 1st July we flew out from KLIA 2 to the island of Langkawi, near the Malaysia-Thailand border. We left pretty early from KL, so as soon as we got to where we were staying we slept for a couple of hours before heading out to explore the island.

We were taken to where the Langkawi cable far runs from, which goes right up to the mountains. When we got there there was a lot of mist at the summit of the mountains, so we decided not to go on the cable car. In the same area, there was a 6D cinema that showed a short film. As we had no idea what 6D was (or knew that such a thing existed) so we decided to investigate. The film was a roller-coaster simulation and we were strapped into our seats by seat-belts.

The next day was the day we had been waiting for. BEACH! Before we went to the beach we visited a wildlife park, which had a wide variety of animals, many of which we got to feed. After the wildlife park we headed over to the beach. We took turns going into the sea, with one person always staying with the bags. The views from the beach were absolutely spectacular. The water was a clear blue and you could clearly see other neighbouring tropical islands (it reminded me of Isla Paradiso for those of you who play The Sims 3 Island Paradise).

For dinner Nuril's mum wanted to break fast (it's now Ramadan, or fasting month over here) in a restaurant, so we had dinner at one of the island's resorts. As the breaking of fast coincides with the sunset, we managed to take some great photos of the sun setting behind the mountains.

Langkawi is such a beautiful place, if you ever visit Malaysia, I recommend that you visit this paradise island. 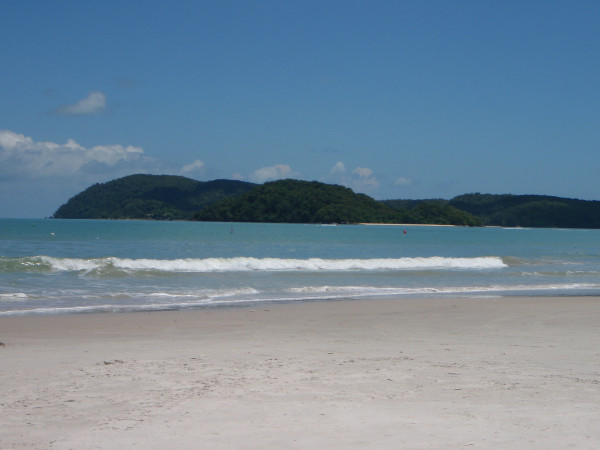 So we have now been in Kuala Lumpur (KL) for 3 days now and so far I have noticed that KL is very different to Kuching. First of all, KL is the capital of Malaysia and is located on the Malaysian peninsula, unlike Kuching which is on the island of Borneo. As a capital it is always so busy! As a girl from the country, I am not a massive fan of obscenely large busy cities.

Yesterday evening we visited the shopping centre under the Petronas Towers (see picture below) which stays open until about 10pm. We also got to see the towers all lit up. 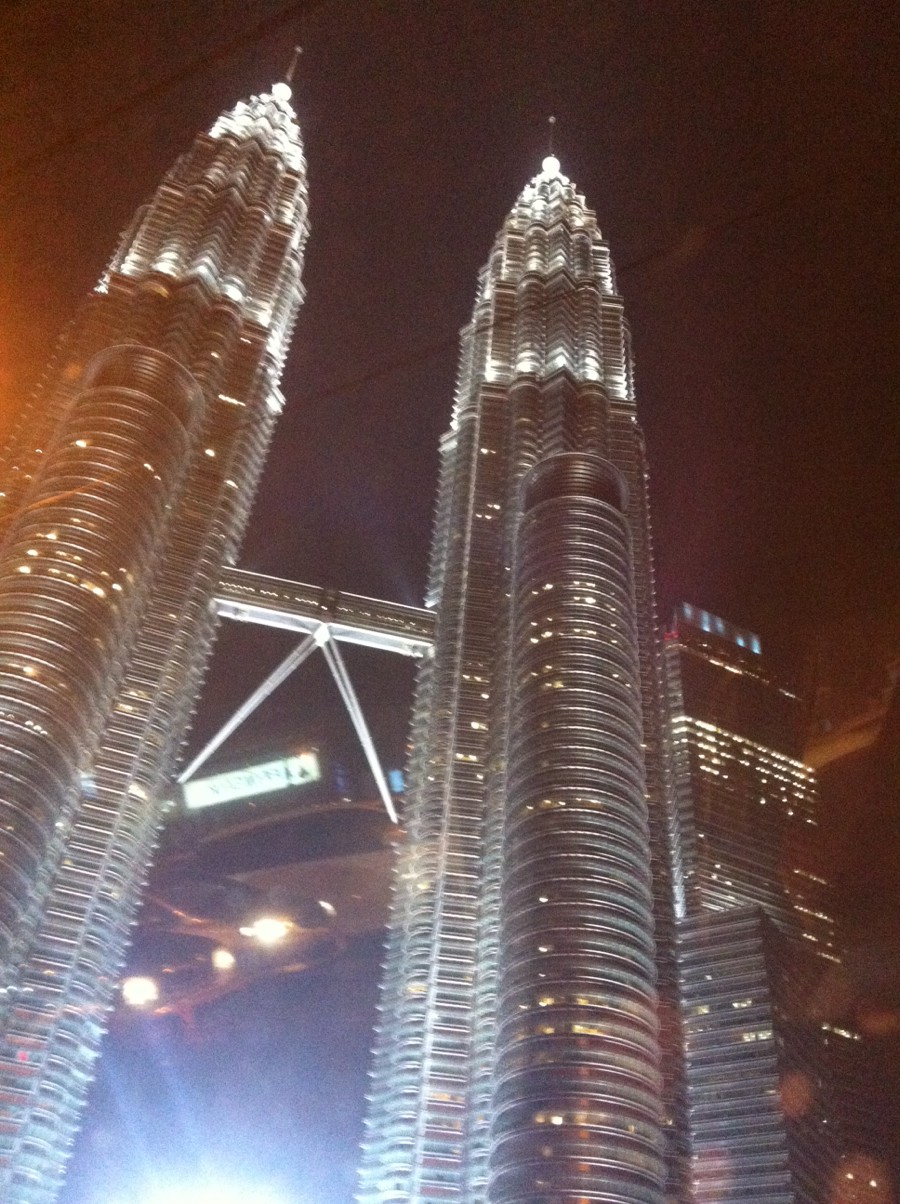 Today we visited Melaka, which is just over 100km from KL. Melaka has a very rich colonial history, especially with the Portuguese (Nuril's mum actually told us that her grandfather was Portuguese). It was very hot in Melaka but the city is very beautiful. We didn't get to spend much time in Melaka because it was a long drive from KL, and we needed to get back to the apartment in time for dinner with Nuril's relatives.

Our next stop is the island of Langkawi (near the Thai border) on 1st and on 3rd July we will be flying down to Singapore!

So today we visited Bako National Park, that is part of a peninsula which is surrounded by the South China Sea. We left the house at 8am and arrived at the park at 9am.

We took a boat from the park entrance (or HQ) to get inside the park's boundaries. When we arrived at the park, we met with our guide and decided which route we wanted to take for the jungle trek. We decided to take the 1.5km route (there was one route that would've taken 7 hours!!!! #nobro) which would take just over an hour.

When we set off into the rainforest I was completely geeking out (being the geographer that I am) looking at the sandy trail (the guide said Bako has a sandstone geology) and the tropical vegetation. There was one point when we met the border between fresh water and saline water and our guide asked us what we thought brackish water meant, I thought it was something to do with vegetation because there were mangroves, but brackish water is the mixing of fresh and saline water. It's a good job I didn't tell him that I'm studying geography at uni!

When we walked through the jungle it became very hot and humid. I'd wanted to visit a tropical rainforest ever since Geography in Year 9 and I was completely mesmerised by the fact that I was actually walking through a tropical rainforest! I'm so happy that I finally got to see the rainforest and hopefully I'll go to another one in the future! 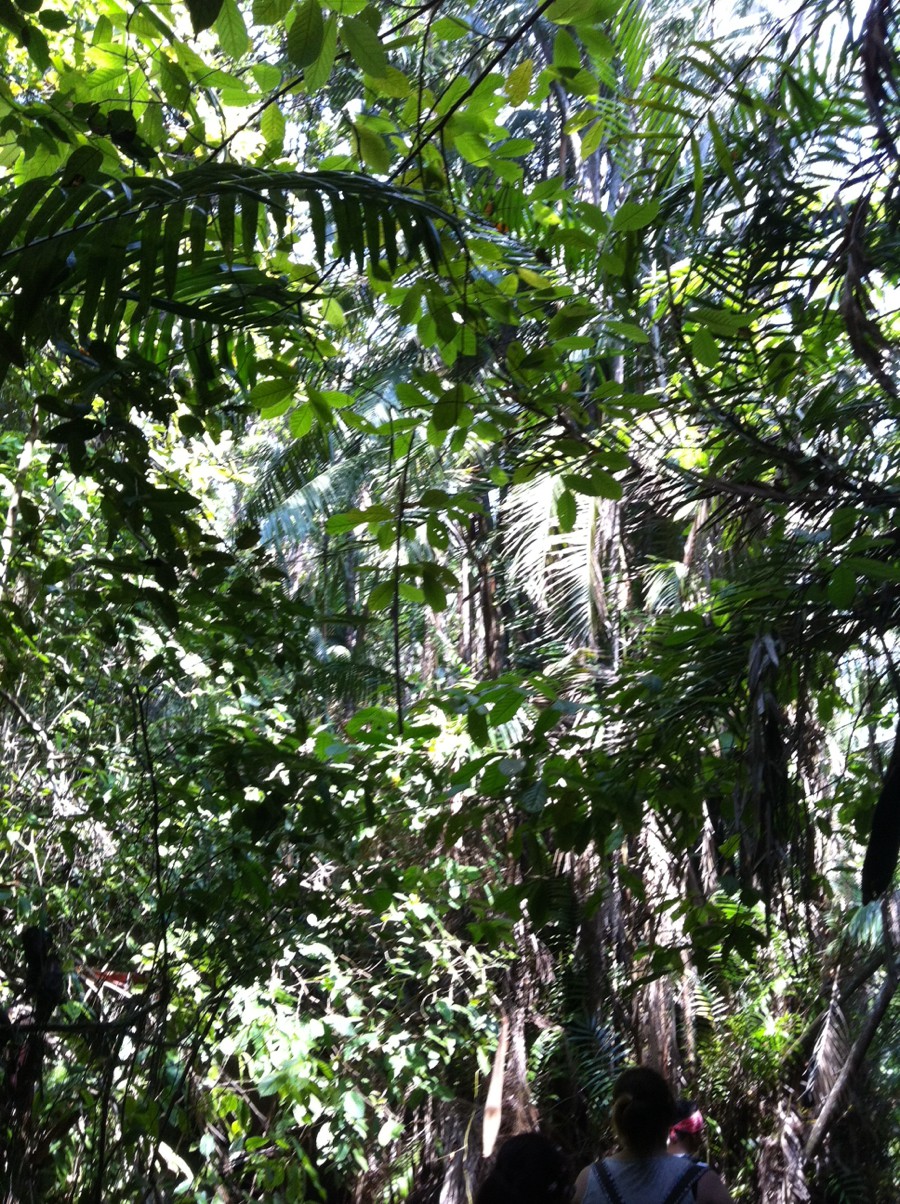 Looking up into the canopy layer. 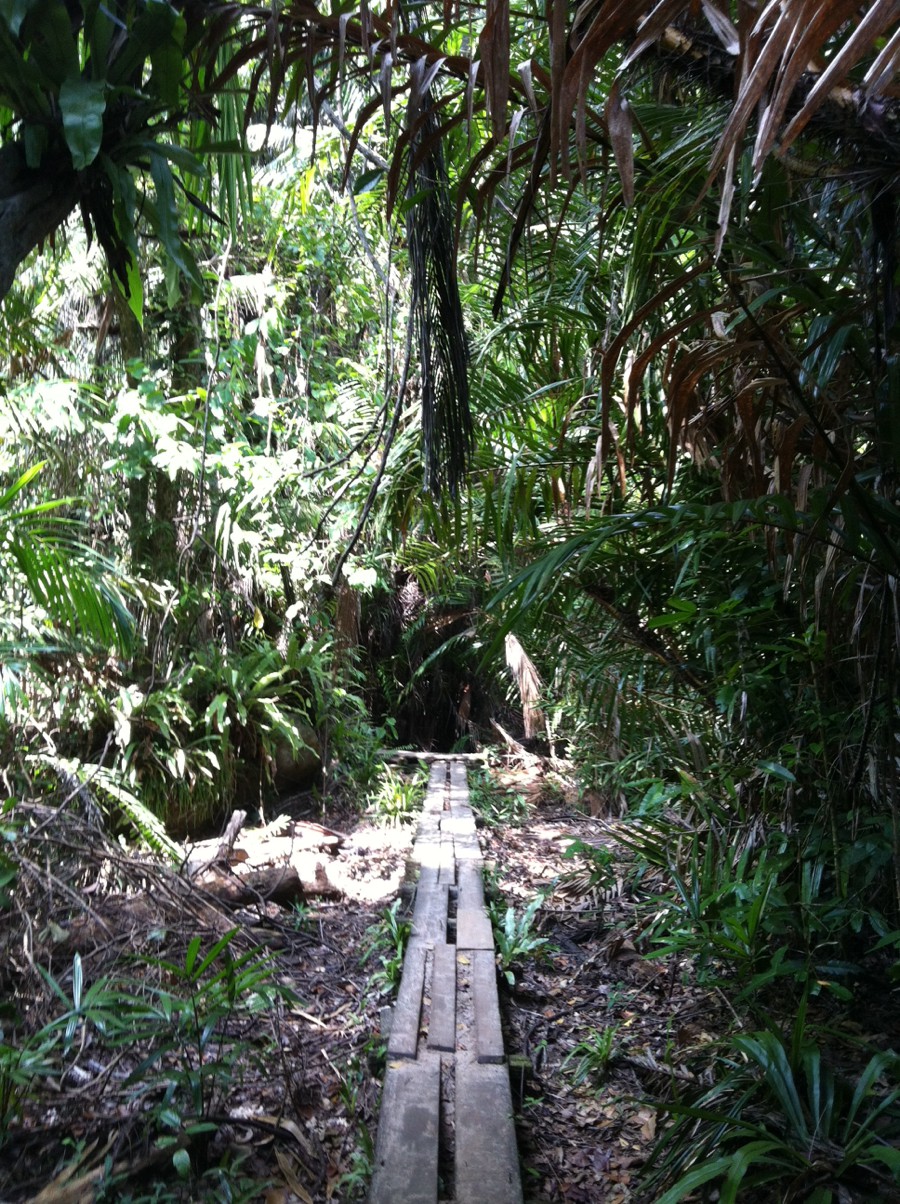 A path we took through the jungle. 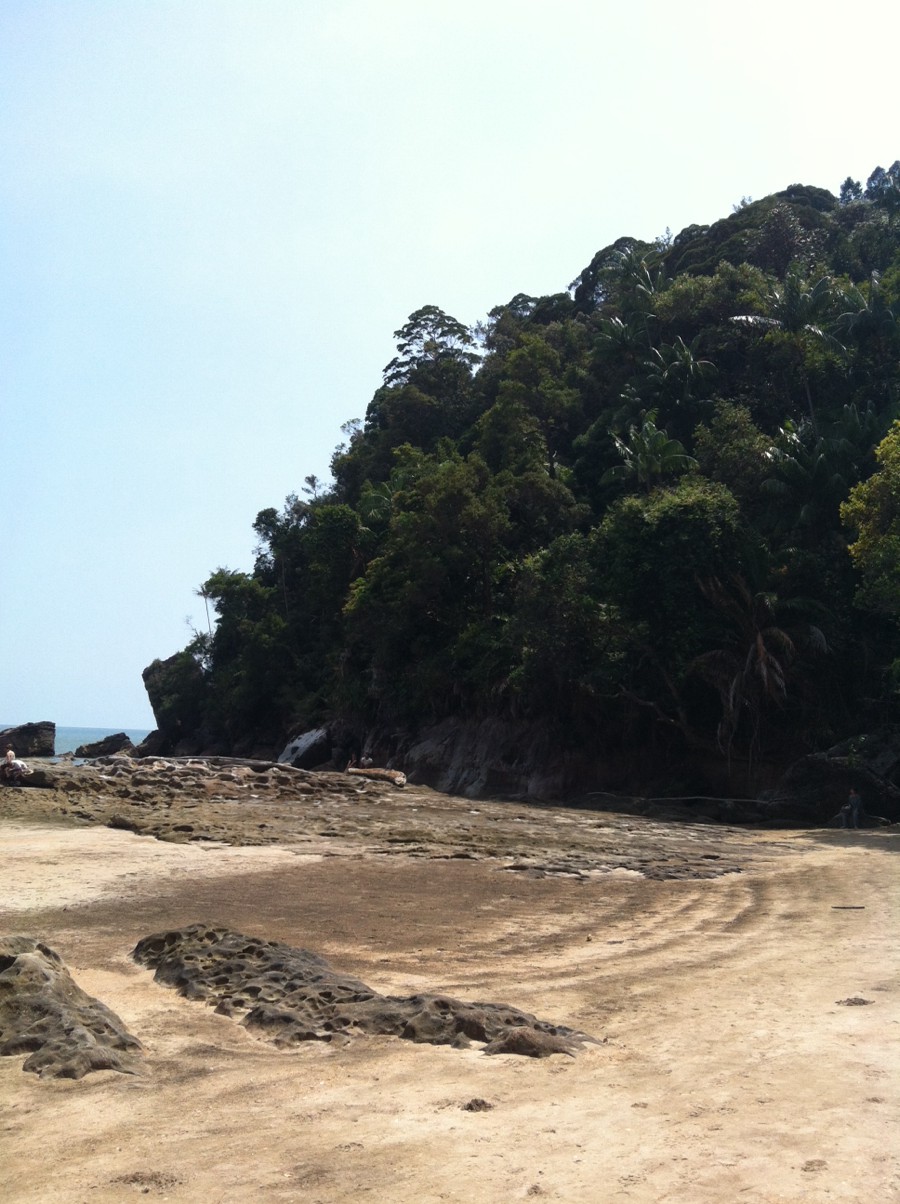 When we came out of the jungle, we walked along this beach. 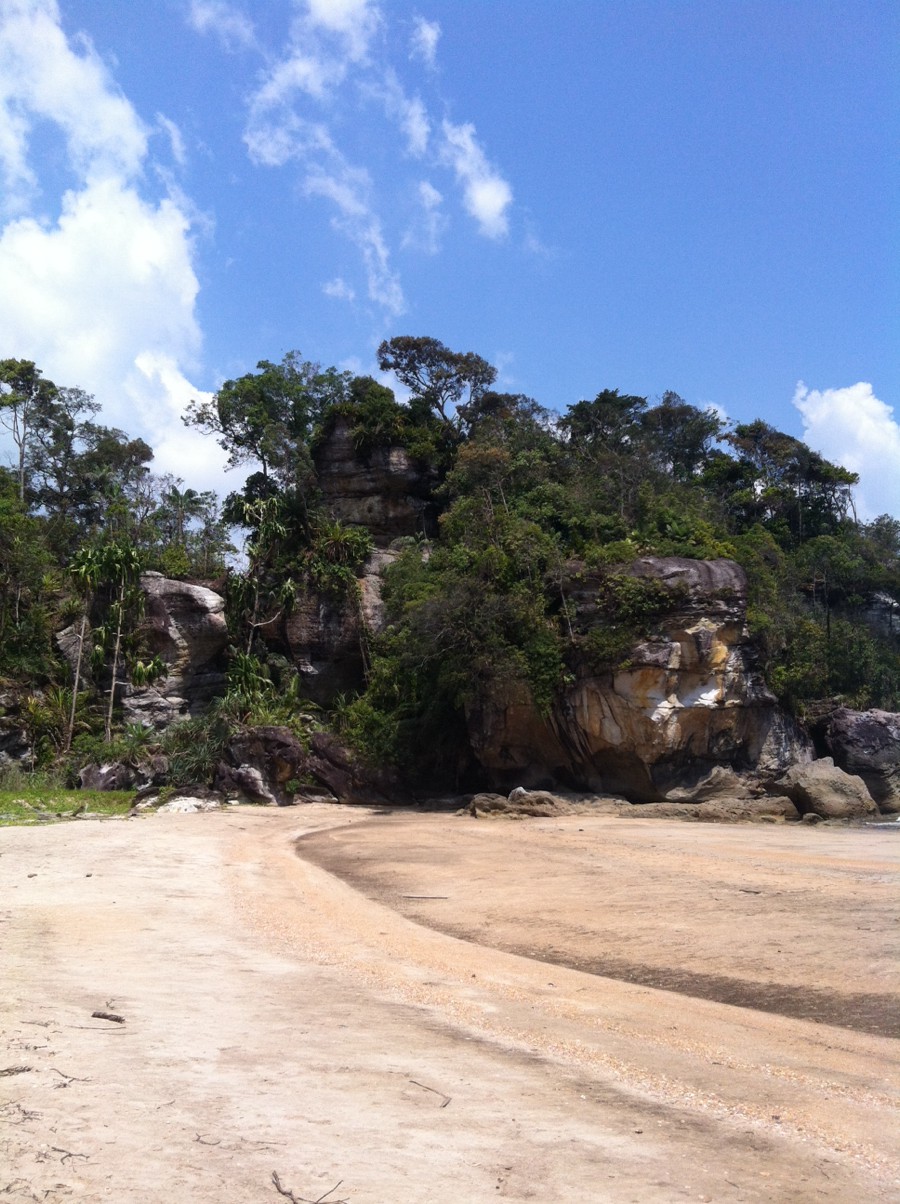 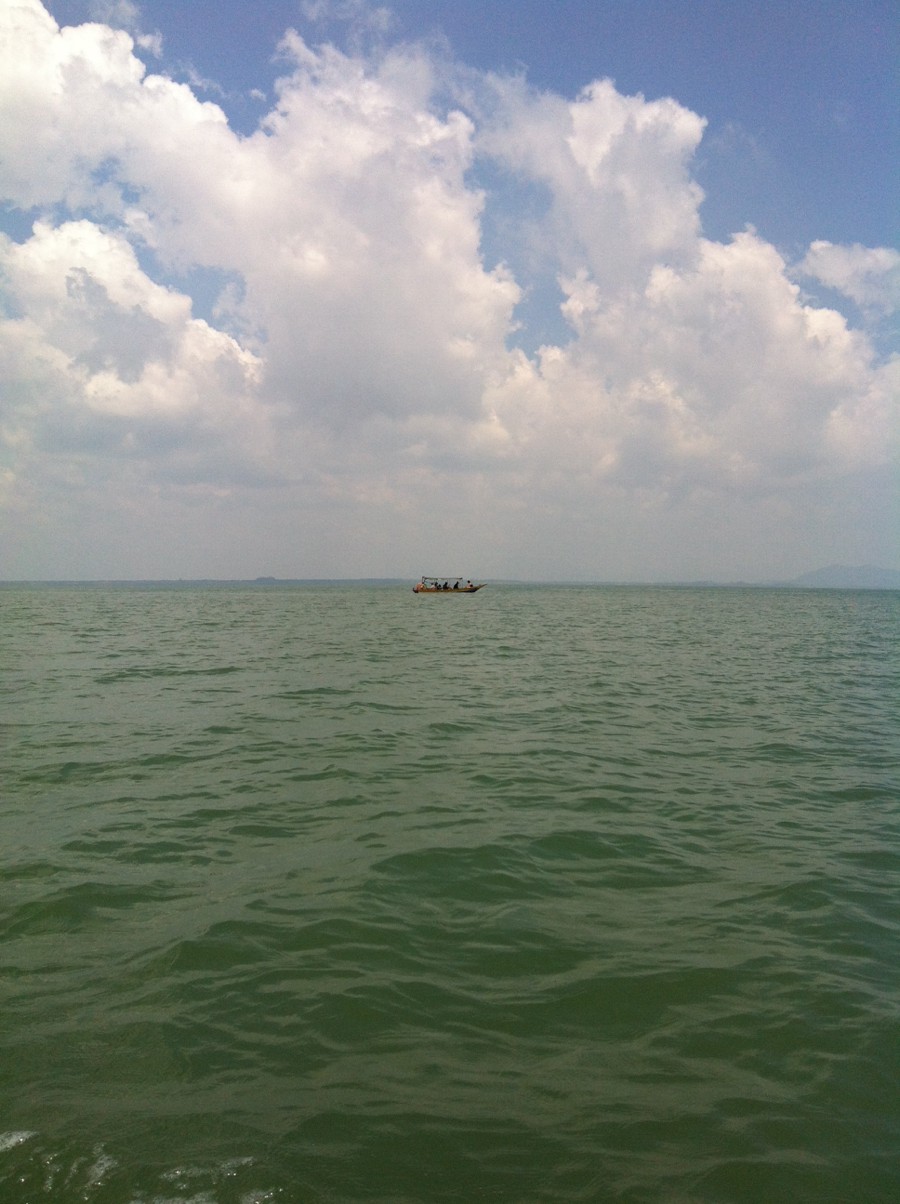 So today (or yesterday as technically I am posting this after midnight) we were invited to attend a Malay wedding. For those of you who don't know, Malaysia is a Muslim country. Anyway, since I am not Muslim (and neither is Charmaine) and the ceremony was going to be an Islamic one, we both had to borrow silk blouses from Nuril's oldest sister and wear maxi dresses for the ceremony and reception so that we would be in suitable attire. When we arrived the ceremony had already begun, so we sat down outside of the room where the ceremony was taking place. Me and Charmaine did notice a few shifty looks from some of the other guests as we were "white people" (when were in a shopping centre the day before, a girl had asked Nuril in Malay why she was friends with "white people") but the groom was also white (an American) so we weren't the only foreign people at the wedding. The ceremony was a lot shorter than Christian ones in the UK, and the reception was a meal outside the home (in 40C heat!!!!) and as it was an Islamic wedding, no alcohol was served and there was not disco after the dinner. The wedding was an interesting experience because I have never been to an Islamic wedding and I am glad that I was given an opportunity to attend.

So I arrived in Malaysia earlier today (19th June) after a 12+ hour flight from Heathrow to Kuala Lumpur. When we arrived in Malaysia, we were approached by some people who work for Nuril's dad who said that we needed to go to the VIP lounge before getting our connecting flight to Kuching, our final destination. When we got to the VIP lounge, Nuril's parents were waiting to greet us! We had a typical Malaysian breakfast and then caught another flight to Kuching.

After an 1+ hour flight we landed in Kuching, which is part of the island of Borneo (shared by Malaysia, Indonesia and Brunei). Again, we were greeted at arrivals by Nuril's sister and we were taken to a VIP security desk (which was very convenient considering we didn't want to spend ages going through immigration).

More later in the week!

So I'm sat in Terminal 4 at Heathrow Airport with Nuril and Charmaine waiting for our flight at 12 to Kuala Lumpur. Our day started in a suburb outside Norwich at 4am and we arrived at Heathrow at 7:30am. We decided not to bother sleeping last night, so we're all super tired and trying to stay sane for a couple of hours before we can board the plane.

See you in Malaysia!